There are two new coin releases from the Royal Mint.  These bring us the first 2019 Royal Mint coins.  The total count of new coins is twelve, ten of which are proof.  The other two are brilliant uncirculated coins.  Proof coins in gold and in silver are the focus of these new releases.  And, the quality of Royal Mint coinage is always as expected.   If these are an indication, 2019 should be an exciting year in British numismatics.

The New Coin Releases for The Queen’s Beasts

The Falcon of the Plantagenets

The Queen’s Beast series appears to be a good endeavor by the Royal Mint.   These coins are coming out at a pace of two per year.  The current release is the Falcon of the Plantagenets.

The Falcon of the Plantagenets is the fifth coin in the series.  This coin follows the popular Lion of England, the Unicorn of Scotland, the Red Dragon of Wales, and the Black Bull of Clarence coins.  Well, that is for the proof coins.  The bullion coins also include the release of the Griffin.  It is not clear when or how the Griffin will be placed in the proof releases.

The Falcon of the Plantagenets is now available in three silver proof coins, the one-ounce, the five-ounce, and the one-kilogram coins.  In addition, there are gold one-ounce and five-ounce proof coins available.  Finally, there is a brilliant uncirculated coin that comes in a fold-out wallet.

It will be interesting to see which coin comes out next in this series.  There are ten Queen’s Beasts in total.

The Year of the Pig

The Year of the Pig is the last of the twelve Chinese Lunar symbols.  This is the sixth coin in the Royal Mint’s series of Zodiac coins.  Prior issues include the Horse, the Sheep, the Monkey, the Rooster, and the Dog.

The Royal Mint produces the Lunar series of coins both as collectible coins and as bullion.  The bullion coins for the Year of the Pig are currently available at royalmintbullion.com.

The quality coins designed for numismatists include three proof silver coins, the one-ounce, the five-ounce, and the one-kilogram coins.  The proof gold coins include the one-ounce and five-ounce coins.  In addition, there is a tenth-ounce gold brilliant uncirculated coin available.

We have other articles at Black Spaniel Gallery.  We also have a coin and coin supply product line.

Please see the cookie statement regarding tracking for affiliate programs and ads on the page where this appears on our website. Also, there are links back to products for sale that require cookies to properly process the orders, as well as links to the comment sections that leave cookies.  We do not sell information.  On our site we may use information to have our suppliers ship directly to a customer for larger orders of coin supplies. As an Amazon Associate I earn from qualifying purchases. Also, other associates accounts and ads provide earnings. 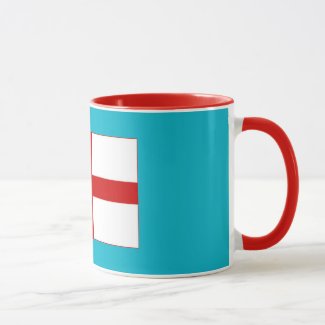